In response to recent COVID-19 concerns, we are currently operating under a closed-door policy. For further information, please call us at (289)837.0100.

Would you like to switch to the accessible version of this site?

Don't need the accessible version of this site? 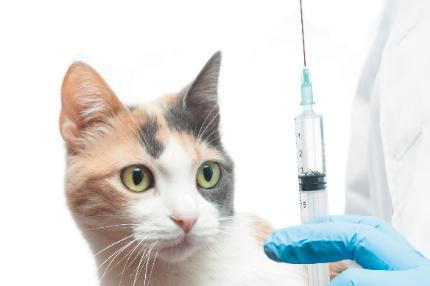 Why Do Veterinarians Keep Talking About Rabies?

Why Do Veterinarians Keep Talking About Rabies?

In my last blog post about vaccines I stated that the rabies vaccine is required by law. It’s ILLEGAL not to vaccinate your pet against it. I’m going to tell you why rabies is SO SERIOUS and why there are such serious laws regarding the disease.

If you haven’t already heard about it on the news, rabies is on the rise. Like crazy. Since December 2015 (less than a year ago) there have been 214 cases of rabies reported in Ontario. These cases were taken from Hamilton, Haldimand, Niagara, Halton, Brant, and Burlington. In the past week alone there has been 10 new cases confirmed. 9 cases were from raccoons and one case was from a skunk.

Once an animal becomes infected with the rabies virus there is very little hope of survival. Rabies is nearly untreatable. Once symptoms occur, death is likely going to occur within 10 days.

Rabies is spread when an infected animal bites another mammal. The virus enters the wound via the saliva. The saliva sits in the tissues of the animal that got bit and eventually attaches to the muscle cells and sits there for a couple of days. After being in the muscle cells the virus moves into the nerves and travels up into the brain. When the virus has moved into the nerves, the body’s immune system can no longer attempt to fight the virus off and the animal will succumb to disease. Once in the brain the virus can be shed through bodily secretions such as saliva and the cycle repeats if an animal is bitten.

There are three stages of signs over the course of the disease. The first stage, the prodromal stage, occurs one and a half days after the symptoms begin. An infected animal will have a change in the way they behave. A once friendly dog will suddenly be shy and nervous. They will also have a voice change where a once high pitched bark may become deep and throaty, and vice versa. They may also lick or scratch at the site they were bitten. The second stage, or excitative stage occurs during the next two to three days. This can be referred to as “mad dog” or “mad cow” where an animal shows no fear and hallucinates. If they are kept in cages they will often attack and bite at the cage. The final stage is referred to as the paralytic or dumb stage. This happens over the following two days. An infected animal will become weak or paralyzed. Many people think of frothing at the mouth or drooling when they think of rabies. This is the stage that these signs appear. Unfortunately, the muscles that are used for breathing will eventually shut down and the animal will die.

Rabies is an incredibly awful disease and can be spread to and from humans. This is why the government has made it a law for animals to be protected and vaccinated against it. With rabies happening more and more frequently, we urge you to bring your dogs and cats in to have their rabies vaccines updated.

Review us on Google